Colleges to Consider in San Diego

Posted on September 6, 2017 by Jessica Velasco

*This post contains an affiliate link, which means I receive a small percentage of the sale if you make a purchase using this link.

San Diego is the eighth-largest city in the United States with a population of more than 1.4 million people. San Diego is home to the world-famous San Diego Zoo, beautiful beaches, and more than 30 museums. San Diego sees over 300 days of sunshine every year. The people of San Diego, as well as students and visitors have many outdoor activity options, such as hiking, jogging, and surfing in the average 70 degree weather throughout the year.

San Diego also has a highly educated population with 40% of the population holding at least a bachelor’s degree. Below are five wonderful colleges located in San Diego. 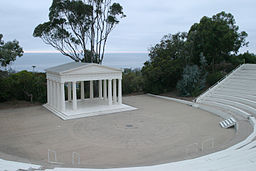 Point Loma Nazarene University
Type:  Private, Liberal Arts College
Established: 1902
Affiliation: Nazarene
Enrollment: 2,995 undergraduate students (Fall 2016)
Student-to-faculty ratio: 15 to 1 (Fall 2016)
Acceptance rate: 69% (Fall 2016)
The mission of PLNU “exits to provide higher education in a vital Christian community where minds are engaged and challenged, character is modeled and formed, and service is an expression of faith.” Point Loma offers over 60 undergraduate areas of study with the most popular being Biology, Business, and Nursing. PLNU boasts that 87% of students who graduate do so in four years and a 90% medical school acceptance rate. Nearly 70% of students live on campus every year, there are over 50 student clubs and activities, and over 45 church denominations are represented. 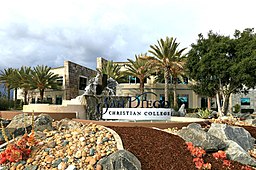 San Diego Christian College
Type: Private
Established: 1970
Affiliation: Non-denominational
Enrollment: 695 undergraduate students (Fall 2016)
Student-to-faculty ratio: 15 to 1 (Fall 2016)
Acceptance rate: 53% (Fall 2016)
SDC “exists to educate and inspire students through the truth of Scripture and the development of competencies that prepare graduates whose purpose is to impact the world. Students come from 28 states and 14 countries and participate in 11 NAIA Division I athletic teams. SDC guarantees students will get the classes they need to graduate on time. The college offers 35 degree programs and emphases in the areas of Aviation, Biblical Studies, Biological Science, Business Administration, Communication, English, Interdisciplinary Studies, Kinesiology and Rehabilitation Science, Leadership and Justice, Liberal Studies, and Psychology.

San Diego State University
Type:  Public, Research University, Space Grant University
Established: 1897
Enrollment: 29,860 undergraduate students (Fall 2016)
Student-to-faculty ratio: 29 to 1 (Fall 2016)
Acceptance rate: 35% (Fall 2016)
San Diego State is the third-oldest university in the 23-member California State University and one of the largest universities in the state. SDSU offers over 160 undergraduate programs in all areas you can think of, as well as preprofessional programs in Dental, Legal, Medical, Optometry, Pharmacy, Physician Assistant, and Veterinary. Almost 3,000 students study abroad every year in 67 countries, making SDSU one of top schools in the nation sending students abroad. San Diego state has been recognized for its sustainability efforts and has many extracurricular activities for students to participate in including 300 student organizations, Aztec Nights, and varsity and intramural/club sports. 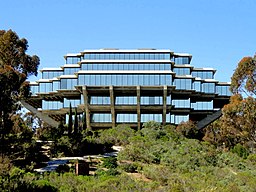 University of California San Diego
Type: Public, Research University, Sea-Grant, Space-Grant
Established: 1960
Enrollment: 28,127 undergraduate students (Fall 2016)
Student-to-faculty ratio: 19 to 1 (Fall 2016)
Acceptance rate: 34% (Fall 2016)
UC San Diego is the seventh oldest of the ten University of California campuses. UC San Diego offers over 130 undergraduate majors and is organized into six undergraduate residential college (Revelle, Muir, Marshall, Warren, Roosevelt, and Sixth). Students will get into the laboratories their first year, will have the opportunity to present at national conferences, publish in academic journals, and patent ideas and take them to market. UC San Diego’s Geisel Library is the world’s largest repository of the original work of Theodor Geisel (Dr. Seuss) with more than 10,000 original drawings, sketches, books, and other memorabilia. 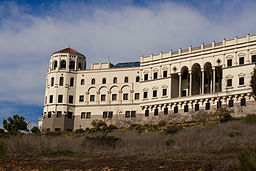 University of San Diego
Type: Private
Established: 1949
Affiliation: Roman Catholic
Enrollment: 5,711 undergraduate students (Fall 2016)
Student-to-faculty ratio: 14 to 1 (Fall 2016)
Acceptance rate: 51% (Fall 2016)
University of San Diego* has earned The Ashoka U designation as a Changemaker Campus, one of only 41 universities to earn this distinction worldwide. USD is focused on global learning throughout every program. USD offers 43 bachelor’s degree with several offering areas of specialization. The most popular majors include Biological Sciences, Business, Communication, Engineering and Social Sciences. University of San Diego is proud to share that 92% of students receive their first job offer before or within three months of graduating and 94% of graduates are employed or in graduate school within six months of graduation.

← Are College Fairs Worth My Time?
Downloading Study Materials? Top 5 Security Issues All Students Should Know →