Colleges to Consider in the City of Chicago

The Windy City, Chi-Town, and Second City are all nicknames for the city of Chicago. As the third-most populous city in the United States, Chicago has over 2.7 million residents. Chicago is known for its food (Chicago-style hot dogs and Chicago-style deep dish pizza), famous landmarks (Willis Tower (formerly known as Sears Tower) and Cloud Gate), and their sports teams (Cubs, White Sox, Bears, etc.)

DePaul University
Type: Private, not-for-profit
Established: 1898
Affiliation: Roman Catholic (Vincentian)
Enrollment: 15,407 undergraduate students (Fall 2016)
Student-to-faculty ratio: 16 to 1 (Fall 2015)
Acceptance rate: 70% (Fall 2015)
DePaul is the largest Catholic university in the United States. The institution has students from all 50 states and 114 countries. One in three students are first-generation college students. Most students should be able to find the major(s) they are considering because DePaul offers over 130 undergraduate majors. More than 90 percent of 2016 graduates were employed, continuing their education or not seeking employment within six months of graduation.

Illinois Institute of Technology
Type: Private, not-for-profit
Established: 1890
Enrollment: 2,800 undergraduate students (Fall 2016)
Student-to-faculty ratio: 13 to 1 (Fall 2015)
Acceptance rate: 57%
Illinois Tech offers undergraduate majors in six academic divisions: Engineering, Architecture, Science, Human Sciences, Applied Technology, and Business. IIT also offers Pre-Health programs. In 2016 PayScale ranked Illinois Tech #1 in Illinois and #40 in the U.S. among universities for the salary potential of its graduates who earn a bachelor’s degree. Illinois Tech has many innovations associated with their faculty and alumni, such as the cell phone, magnetic recording, tall building architecture, and barcode technology. IIT has been ranked the most sustainable university in Illinois. 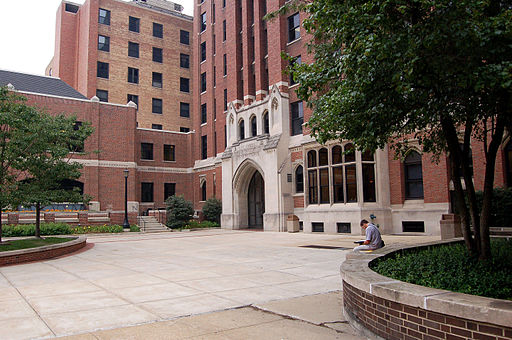 Moody Bible Institute
Type: Private, not-for-profit
Established: 1886
Affiliation: Nondenominational Christian
Enrollment: 1,553 undergraduate students (Spring 2017)
Student-to-faculty ratio: 17 to 1 (Fall 2015)
Acceptance rate: 62% (Fall 2015)
Moody offers over 30 majors to students all focusing on preparing students for ministry. Thanks to the generosity of Moody’s partners, full-time undergraduate students at the Chicago campus receive tuition-paid education. While tuition is covered, students will pay for room and board and required fees, but financial aid is available. 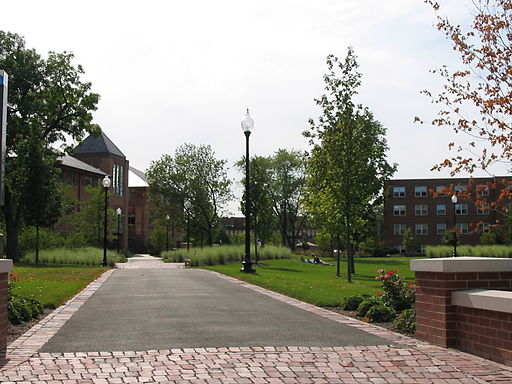 North Park University
Type: Private, not-for-profit
Established: 1891
Affiliation: Evangelical Covenant Church
Enrollment: 2,151 undergraduate students (Fall 2015)
Student-to-faculty ratio: 12 to 1 (Fall 2015)
Acceptance rate: 94% (Fall 2015)
North Park is rooted in the Christian faith, welcomes students from all faith backgrounds and fosters an understanding of all beliefs. The most popular majors at North Park include Nursing, Business/Economics, Biology, and Exercise Science. 88% of graduates had a job related to their field or intend to pursue graduate school upon graduation. 41 states and 28 countries are represented on campus and 41 percent of students identify as students of color. 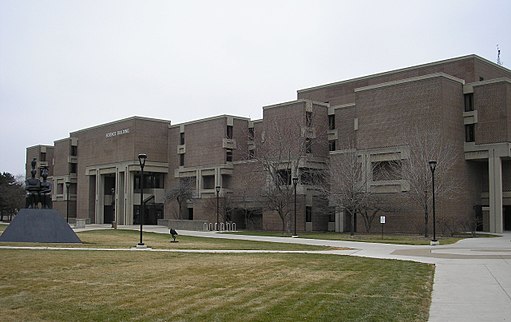 University of Chicago
Type: Private research university
Established:1856
Affiliation: Non-denominational
Enrollment: 5,971 undergraduate students (Fall 2016)
Student-to-faculty ratio: 6 to 1 (Fall 2015)
Acceptance rate: 8% (Fall 2016)
University of Chicago offers 56 majors and 40 minors. Some of the more popular majors include Public Policy, Economics, Mathematics, and Biology. UChicago research has led to breakthroughs such as discovering the link between cancer and genetics and establishing theories in economics. While rankings should not be a top priority when looking at colleges, it is hard to ignore the fact that UChicago is consistently included on many prestigious lists.

University of Illinois at Chicago
Type: Public, Research, Hispanic Service Institution
Established: 1965
Enrollment: 17,959 undergraduate students (Fall 2016)
Student-to-faculty ratio: 18 to 1 (Fall 2015)
Acceptance rate: 74% (Fall 2015)
UIC is the largest college in the Chicago area and offers 85 bachelor’s programs. Some of the most popular majors include Biology, Accounting, Finance, Mechanical Engineering, Criminal Justice, Kinesiology and Exercise Science, Psychology and Nursing. In addition to being ranked as one of the most diverse campuses in the country, UIC is committed to increasing access to education, employment, programs and services for all and maintaining a barrier-free environment for individuals with disabilities. UIC offers over 200 student organizations, as well as volunteer groups and Greek fraternities and sororities.

← Acing the SAT: One Year Preparation Plan
7 Ways to Network While You’re in College →